To use role-based access control, your Redis cloud database needs to support Redis version 6.0.0 or later.

The Redis version of a database is displayed in the General section of the Configuration tab of the database detail screen. 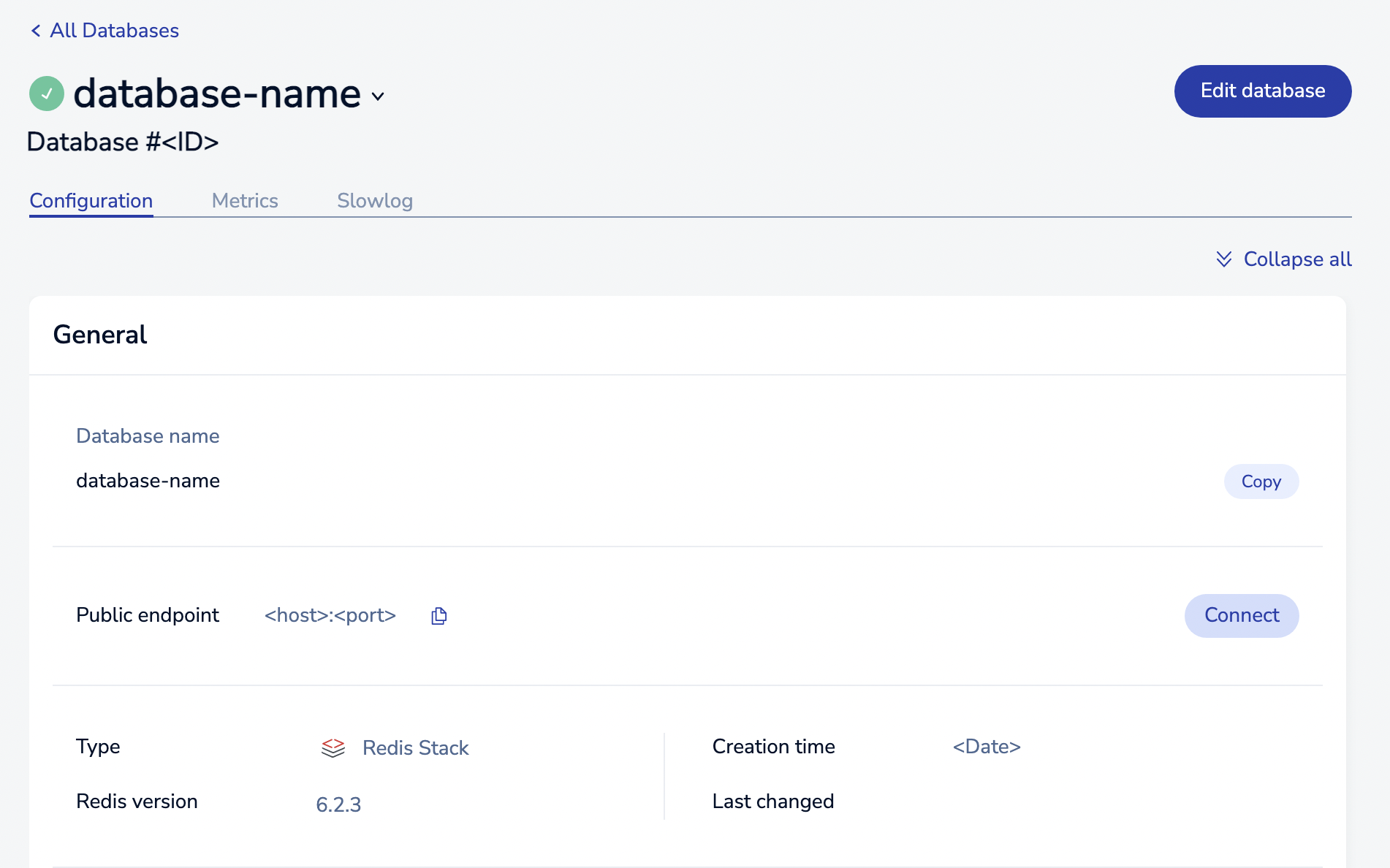 Password-based authentication is a basic but essential Redis security feature. When you create a Redis Cloud database, your database is given a randomly generated password called the Default user password.

This appears in the Security section of the Configuration tab of the database details screen.

You can see this password on the View Database screen.

You’ll need to use this password whenever you connect to your database using a Redis client. For example, in the Redis CLI, you use the AUTH command to provide this password:

See your Redis client’s documentation for specifics on how to provide your password when connecting.

Role-based access control (RBAC) is an access-control mechanism that allows you to define roles with specific sets of permissions. You can then assign users to these roles to provide appropriate levels of access.

RBAC effectively lets you implement the principle of least privilege. For example, you can provide read-only access to an application whose only job is to display Redis data. Similarly, you can prevent new developers from running dangerous administrative commands.

To set up RBAC, first navigate to the Data Access Control screen.

There are three tabs on this screen: Users, Roles, and Redis ACLs.

In the Redis ACLs tab, you define named permissions for specific Redis commands and keys.

In the Roles tab, you create roles. Each role consists of a set of permissions for one or more Redis Cloud databases.

Finally, in the Users tab, you create users, and you assign each user a role.

In Redis Enterprise Cloud, you configure RBAC using the admin console. As a result, certain open source Redis ACL subcommands are not available in Redis Cloud.

In open source Redis, you must explicitly provide access to the MULTI, EXEC, and DISCARD commands. In Redis Cloud, these commands, which are used in transactions, are always permitted. However, the commands run within the transaction block are subject to RBAC permissions.

When you run multi-key commands on multi-slot keys, the return value is failure but the command runs on the keys that are allowed.

To define permissions, go to the Redis ACLs tab of the Data Access Control page.

You define these named permissions using the Redis ACL syntax. This syntax allows you to concisely specify commands, command categories, and keys that should be permitted.

A command can be any Redis command. Take the SET command, for example. The Redis ACL rule

indicates that the SET command is permitted.

permits access to all read commands. If you’d like to know which commands are included in the read command category, run

from the Redis CLI.

There’s also a syntax for specifying which keys can be accessed. For example,

indicates that all keys can be accessed. Whereas

indicates that only those keys beginning with the prefix cache: can be accessed.

Note that you can define permissions for the Redis module commands of any modules that are loaded on the subscription; however, these permissions can only be used for databases that support those modules.

To configure a Redis ACL that you can assign to a data access role:

Assigning permissions to a role

To assign Redis ACLs to a data access role:

Users that are assigned to the role can access the databases according to the Redis ACL definitions.

Assigning a role to a user

To assign a role to a user:

By continuing to use this site, you consent to our updated privacy agreement as described here. You can change your cookie settings at any time as described here but parts of our site will not function correctly without them.