When a user attempts to access Redis Software resources using LDAP credentials, the credentials are passed to the LDAP server in a bind request. If the request succeeds, the user’s groups are searched for one authorizing access to the original resource.

Role-based LDAP lets you authorize admin console admins (previously known as external users) as well as database users. As with any access control role, you can define the level of access authorized by the role.

Enable and set up LDAP connection

To enable and configure LDAP, sign into the Redis Software admin console and then select Settings | LDAP. 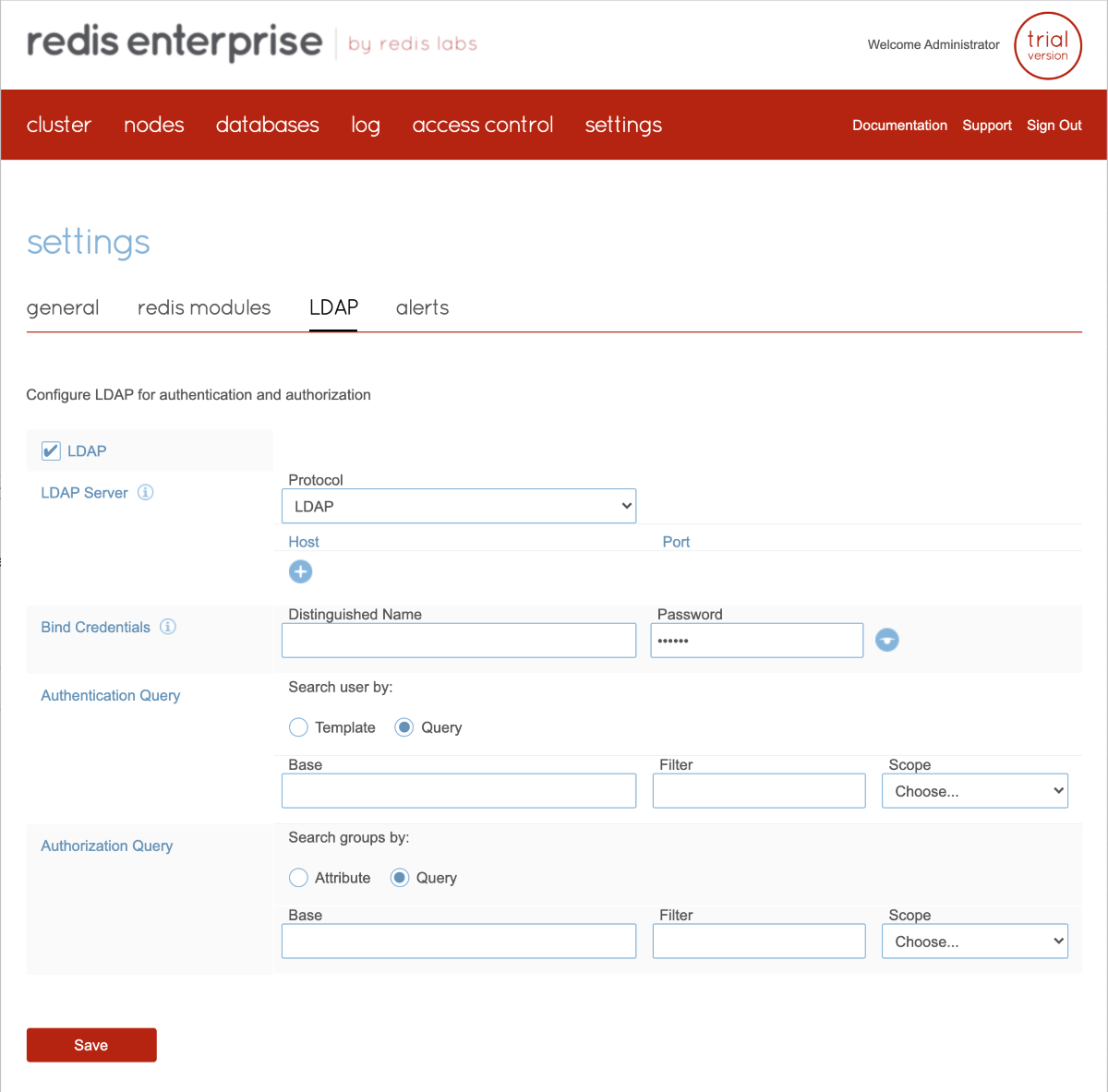 Warning -
If LDAP is already enabled, you may already be using the cluster-based LDAP integration. If so, follow the migration process to enable role-based LDAP. (External users must be deleted from the admin console before enabling role-based LDAP.)

When LDAP is enabled, use the info you gathered to populate the following settings:

The LDAP Server settings define the communiction settings used for LDAP authentication and authorization. These include:

When defining multiple LDAP hosts, the organization tree structure must be identical for all hosts.

These settings define the credentials for the bind query:

These settings define the authentication query:

In this example, %u is replaced by the username attempting to access the Redis Software resource.

In this example, %D is replaced by the Distinguished Name of the user attempting to access the Redis Software resource.

When finished, use the Save button to save your changes.

By continuing to use this site, you consent to our updated privacy agreement as described here. You can change your cookie settings at any time as described here but parts of our site will not function correctly without them.